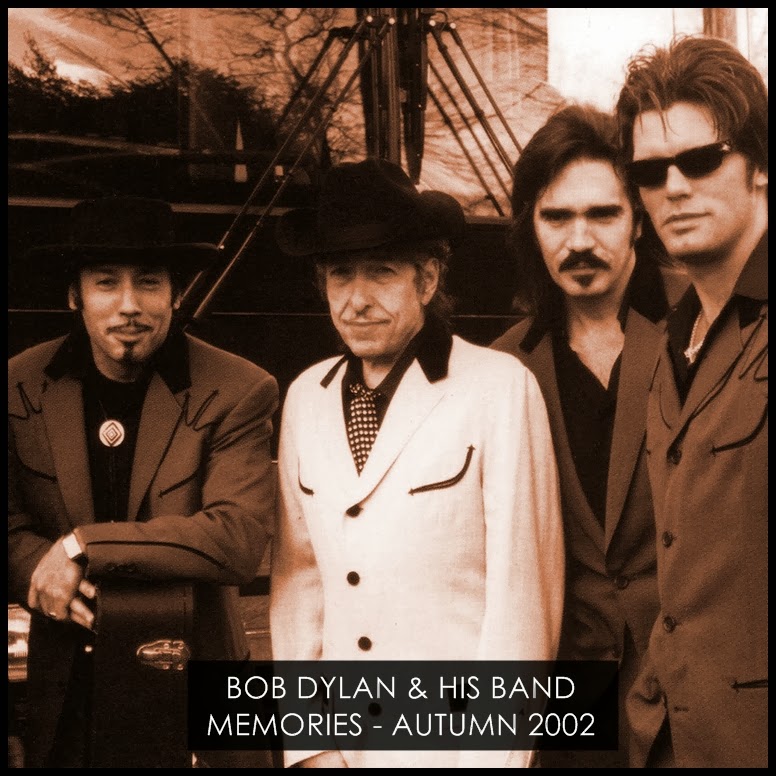 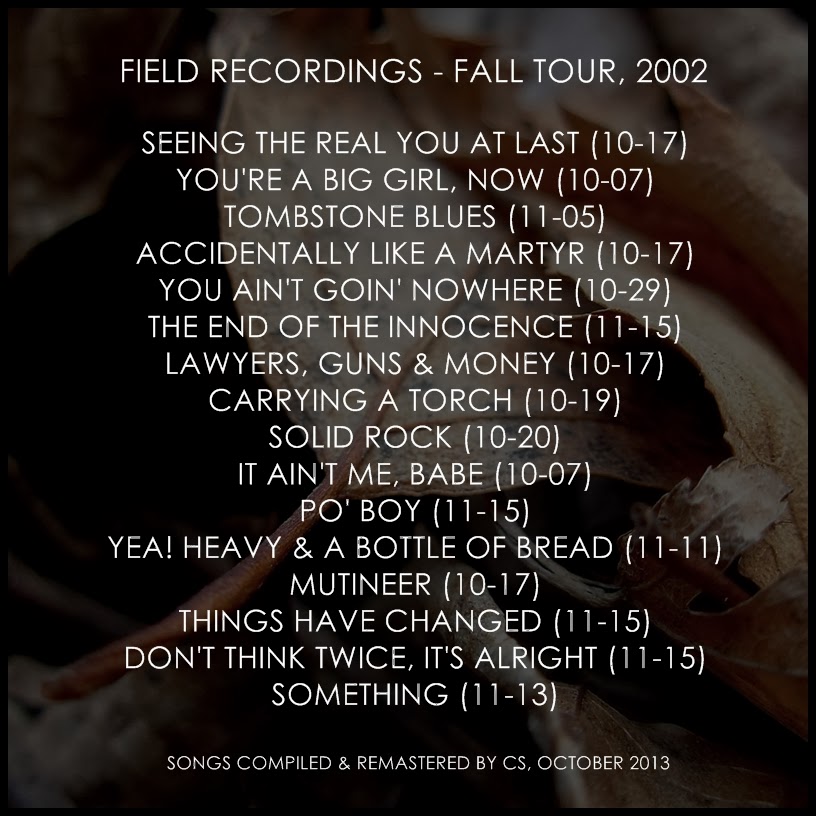 This selection of songs really has something for everyone. From rockers to ballads, from jazz to folk and gospel, rarities and old classics made new again. This was truly one of Bob Dylan's greatest moments as a performing artist. The way he interpreted others' songs and intermingled them with his own compositions, both new and old, is extraordinary.

Of course, many of the finest songs from that legendary series of concerts were tributes to the dead and dying. George Harrison's "Something" was performed with tenderness, while Warren Zevon's "Accidentally Like A Martyr," "Lawyers, Guns and Money," and "Mutineer" stand out as truly inspiring dedications to that master of songwriting.

Though "The End of Innocence" is not often regarded as being in the same league with these other songs, and on most nights I would agree with that assessment, the rendition here is positively radiant with passion. It caught my attention on first listen, and I think it is actually among the highlights of this tightly packed celebration of life.

Among the originals, "Seeing The Real You At Last" is my favorite performance of that song, and "You Ain't Goin' Nowhere" has got to be the best this song has sounded since 1971. The harmonies really elevate it above its normal quality. "Yea! Heavy and a Bottle of Bread" is a truly odd performance, but one that is quite pleasant. Similarly, "You're A Big Girl Now" contains one of Dylan's more peculiar rewrites (or lyrical flubs, depending upon who you ask); listen to it, and you'll know what I'm talking about.

In short, though it would always be challenging to put together a set representative of Dylan's 2002 Fall Tour, I have done my best. Certain songs had to be left out. Among the most conspicuous losses were "In The Summertime," "Old Man," and "Brown Sugar." I may be in the minority, but I could not find any performances of those songs that matched the quality of these sixteen tracks. They are interesting, and worth seeking out, but I do not miss them here.

For those interested in the more technical aspects, this volume was very tricky to balance for volume. The result is that it is a bit quieter than some of my other compilations. It is, after all, far easier to lower the volume of loud songs than to raise it for the quiter ones. The tracks from October 7 were the most impacted by volume reduction, but that leaves little qualitative impact on them. More importantly, "Tombstone Blues" is slightly truncated with a splice and "Solid Rock" had some careful work done with the channels to salvage some of the volume at the end of the song; the latter still has some trouble with channels at the beginning that could not be fully eradicated, but the effect is not especially detrimental.

With all of that said, I hope you this most recent effort agreeable. It was a lot of fun to put together, and hopefully does some justice to one of Bob Dylan's most luminous moments in the spotlight.

Original studio recordings of these songs can be found on the following records:

Next week you will get to hear a chronicle of one of my very favorite legs of the Never-Ending Tour: Fall 2003. While 2002 retains the greater critical acclaim, the European Tour of 2003 is even greater to my ears. You can judge for yourself next week! Until then, keep yourself healthy and listen to some good tunes.