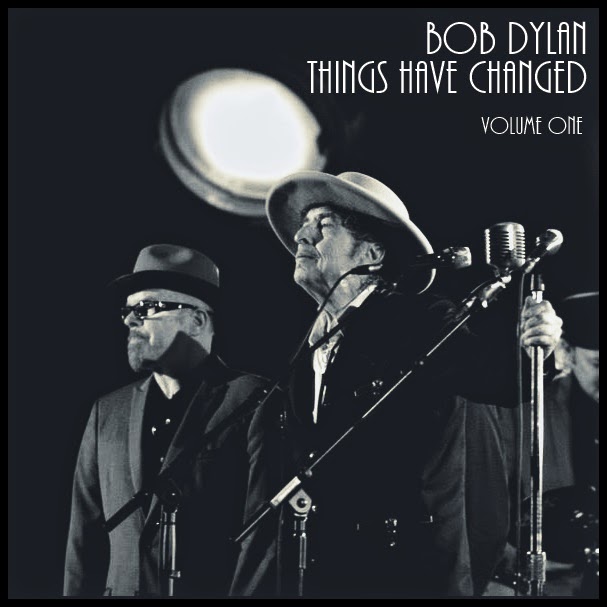 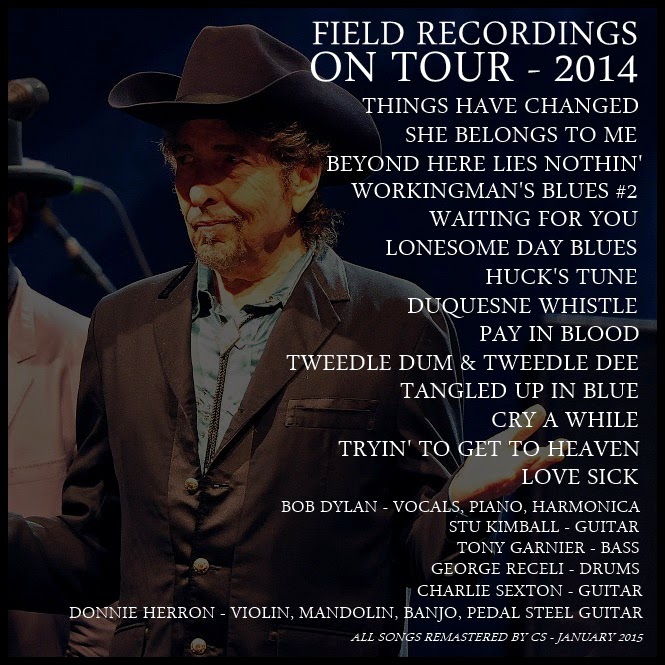 Things Have Changed - Live 2014
Disc One 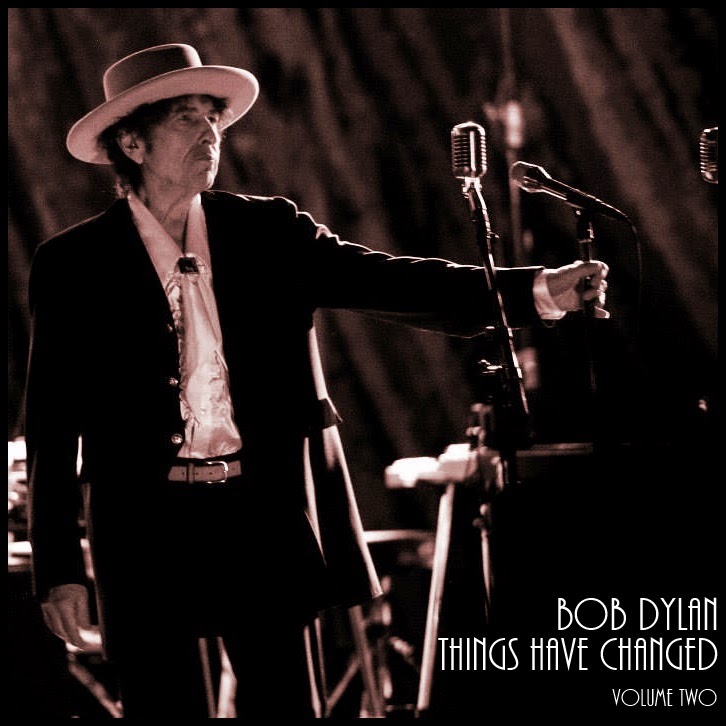 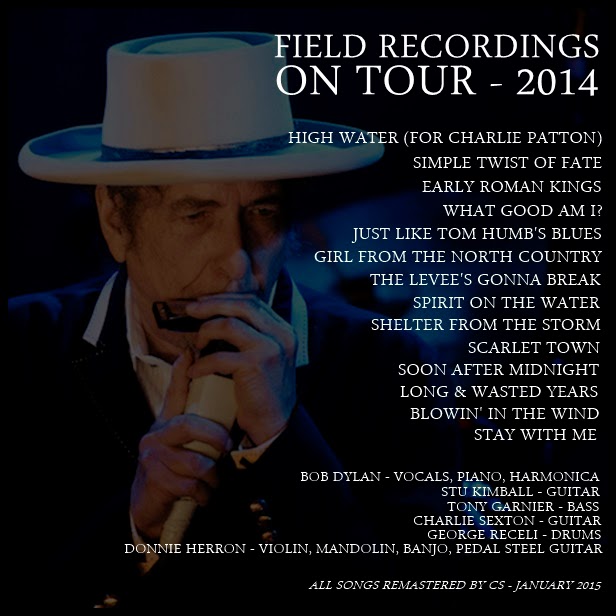 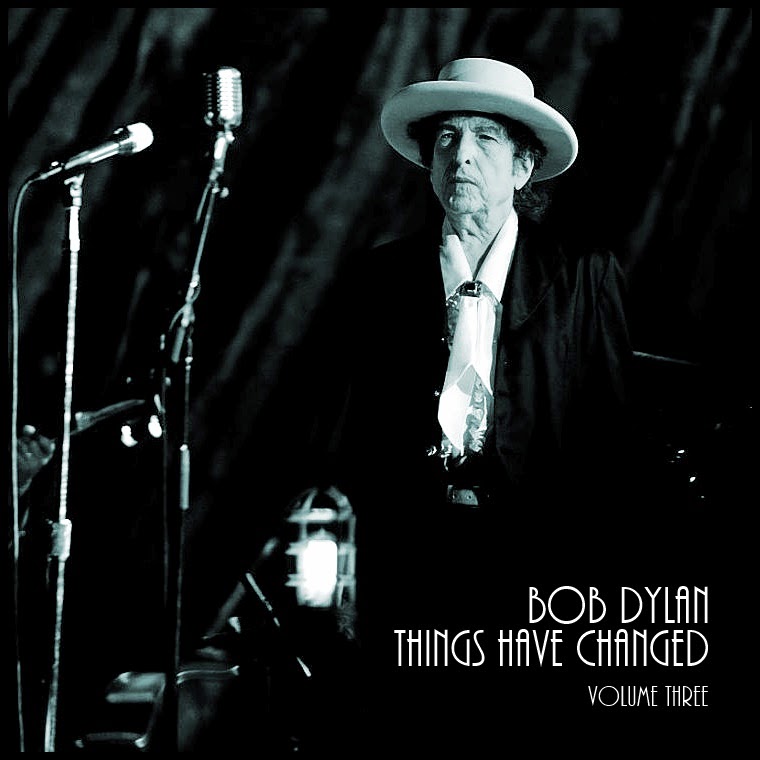 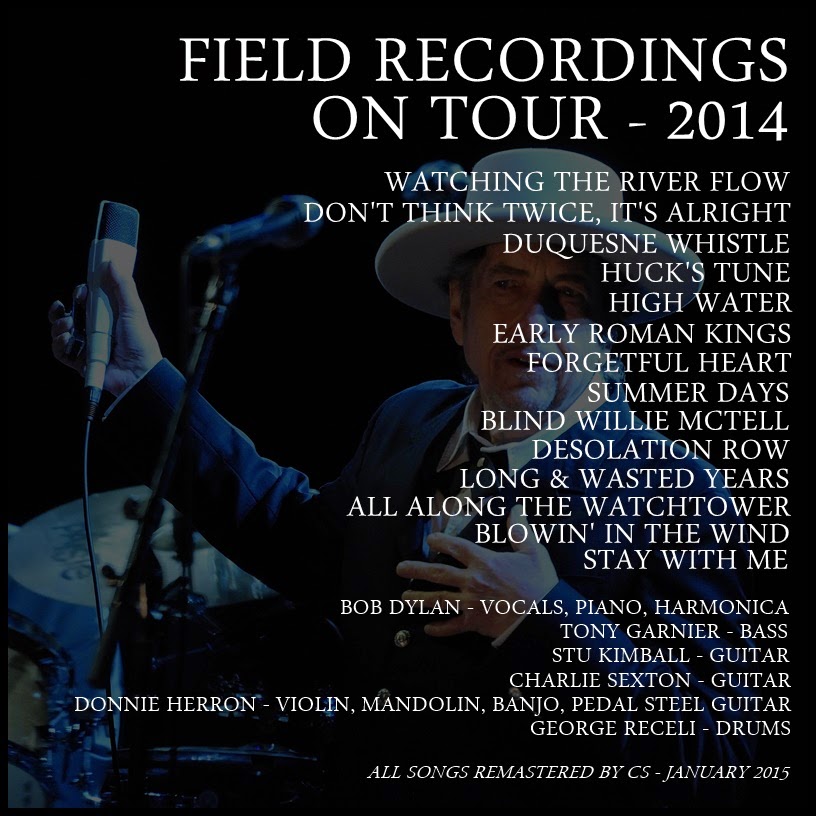 Despite intending to conclude the Thousand Highways Collection with the five-part One More Night set in 2014, the year’s touring was too good to pass up. After a request came in from some other fans on Expecting Rain, I got to work compiling the best shows and the best recordings to create the most representative disc possible.

The project expanded in scope, however, when it became apparent that a single disc would not be ideal for conveying the double-set style of the show. Much as in 1966, Bob Dylan’s 2014 show includes an intermission that cleanly divides the evening into two distinct halves. This seemed an opportunity to present an idealized version of the 2014 collected recordings.

The result is available for download above. It includes two discs composed of the standard setlist with rare songs interspersed throughout; these were chosen for their performance or recording quality, so some other interesting selections from Europe’s festival shows were not included. The listener here will experience the majority of those songs, however.

Concerning the selection of specific songs, the format presented a significant challenge. Rarely has a tour maintained such consistent quality throughout, and rarely have so many excellent recordings surfaced to reveal them. Soomlos, Spot, Audiowhore, HHTFP and the ever-present Crystal Cat have offered recordings of extraordinary clarity and beauty. Tokyo, Prague, Denver, Minneapolis and Philadelphia were represented by especially fine tapes. I strongly encourage listeners to seek these out.

Choosing songs was, at times, a fairly arbitrary endeavor. “Duquesne Whistle” always presented the whimsy that it did in Minneapolis. “Scarlet Town” always retained the menace that it did in Denver. Yet for whatever reason, after careful consideration, the selections above stood out as somehow superlative. Some selections were easier - “Huck’s Tune,” “Spirit On The Water,” “Soon After Midnight,” and “Long & Wasted Years” were the strongest performances of these songs that I heard, by far.

The bonus content consists of recordings that, for whatever reason, were either not strong enough to make the cut or represent fairly alternative interpretations of songs present on the main set. “High Water” is more reserved vocally, but has a rootsier circular banjo sound. “Duquesne Whistle” does not soar as it would later in the year, but the vocals are more precise. “Huck’s Tune” is less melodic than its April 4 appearance, but offers a more complete set of lyrics and an emphasis on the song’s defiance. “Early Roman Kings” is one of the rare occasions in which the band got to rock out a bit, and clocks in at almost a minute longer than the New York version. “Long & Wasted Years” is a singularly mournful version of that song, and “Blowin’ In The Wind” is complemented by a greater violin presence. “All Along The Watchtower” and “Forgetful Heart” are the only songs missing from the standard setlist of the year, and are presented here for completeness - both are excellent performances, of course. They just didn’t quite fit on the second disc, and would have meshed poorly with the songs there.

The other pleasant factor in this compilation, more comprehensive than the Thousand Highways Collection tends to feature, is that purists will have the resources to throw away my selections and create a mix exclusively of the standard setlist; alternately, if you prefer the bonus versions, you can replace the ones chosen for the first two discs where an alternative exists. This is reasonably likely with “High Water,” “Duquesne Whistle” and “Stay With Me,” where the alternatives were candidates for inclusion in the main set.

Whatever you do, please enjoy these recordings. Bob Dylan turned in one of the finest touring years of his career, and we are blessed to have enjoyed such excellent documentation of this achievement.

Thanks for listening,
CS

I have re-uploaded the CD with several changes. It now includes artwork for the third disc, which was previously missing. The notes now include the names of the cities in which concerts were performed; this was requested by a listener.

I have also split the file into several smaller downloads for those of you with slower or spottier internet connections, though if you want a single-click download, just click the "Things Have Changed - 2014 Tour (Complete)" file. The link above now takes you to the Mediafire folder wherein all of the files are located.

Finally, as an added bonus, I included a folder called "Expanded Content" that includes a much-requested audio version of "Long & Wasted Years" from New York (12-03-14) and four video files: "Duquesne Whistle," "Long & Wasted Years," "Tangled Up In Blue," all from Chicago, and "Stay With Me" from New York. The first three, in particular, are beautifully shot, though the source is Youtube. The file type is MP4, but feel free to convert to your format of choice. The first three video are attributed to the Youtube user zoothorn99 and the fourth was posted by Elizabeth Ramirez. These clips are incredible, and are a very cool document of 2014's incredible tour.