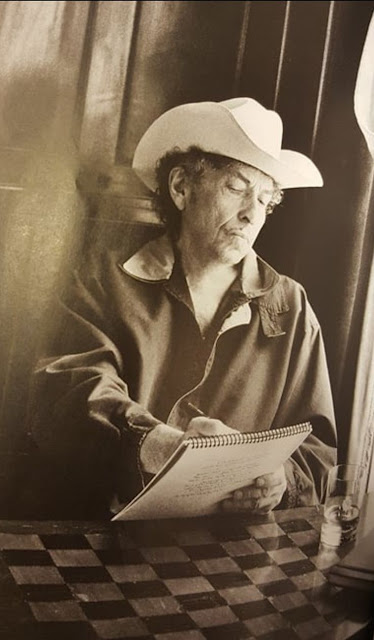 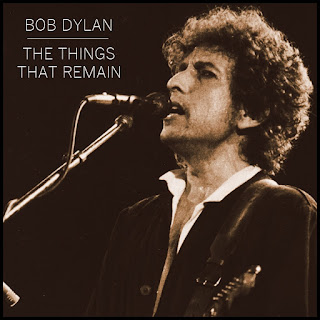 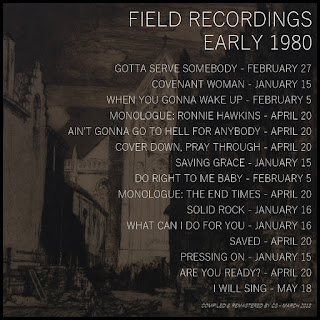 The Things That Remain
Live: Early 1980

After the shock of 1979's radical reinvention, Bob Dylan fans could be forgiven for imagining he'd return to a more typical setlist when playing concerts in 1980. Unfortunately for the folks who hoped he'd get back to secular material ASAP, he continued to play the same gospel songs, more or less, that he'd taken on the road the preceding Autumn.

There were some changes. Personnel in the band shifted, as he added Regina Peeples to his backing vocal roster, then brought in Gwen Evans and Mary Elizabeth Bridges. The setlist for January to February remained similar to the year before, but the April and May shows included "Are You Ready?" from Saved, along with a few songs never played in a studio - "Ain't Gonna Go To Hell For Anybody," "Cover Down, Pray Through," and "I Will Sing." The last was a song by Max Dyer, who had developed the song in a largely improvisational live setting and was surprised to hear (twenty years later) that Bob Dylan had covered it at an Ohio show in 1980; "I Will Sing" is also notable for having been the only song played at a concert between 1979 and May 1980 that was not included on The Bootleg Series Volume 13: Trouble No More.

With regard to the nuances of the performances themselves, Dylan's on-stage style in 1980 differed little from 1979. In my personal experience of the recordings, particularly in the Winter months, the bass and drums stand out more prominently than the keyboards. Spooner Oldham and Terry Young remain important players, but Tim Drummond and Jim Keltner are more clearly felt than they had been at the 1979 concerts. Certain songs here highlight that more than others - "Do Right To Me Baby," "Solid Rock" and "Are You Ready" are fantastic vehicles for Bob Dylan's rhythm section.

I find myself in a rare disagreement with noted author Paul Williams, in that I'm not convinced Dylan's early 1980 shows are in any way inferior to his 1979 concerts. Williams claims that there's a falling off of energy, but if that's true, the singer more than makes up for it in the genuinely experimental spirit with which he wove his vocal lines. Check out "Covenant Woman," "What Can I Do For You," or especially "Saving Grace" to discover what happens when Dylan wants to play around with a song without altering its arrangement. I do wish he'd continued playing more of these songs, as he discarded quite a few after the early 1980 shows - "Covenant Woman," "Are You Ready," "Pressing On," and "Cover Down, Pray Through" would never again resurface after May 1980; "Do Right To Me Baby" would be played once on that year's Musical Retrospective Tour, "When He Returns" would appear once in a surprising and unsuccessful full-band arrangement in 1981, and "Saving Grace" wouldn't appear again until the new millennium. Happily, "Gotta Serve Somebody," "Solid Rock," "When You Gonna Wake Up" and "What Can I Do For You" still had some developing to do throughout 1980 and 1981.

The concerts themselves were extraordinary, as was Bob Dylan's appearance at the 1980 Grammy Awards. He played "Gotta Serve Somebody," and even managed to add some new lyrics and a smoky harmonica solo. His raps continued in 1980, though they were comparatively limited according to the extant tapes. We are lucky to have a record of his comments at a Toronto concert in April 1980, and these makes up the bulk of his prose commentary here. This, surprisingly, includes something of a reflection on his notoriously poor reception by a college crowd in Arizona during the preceding year's tour. Dylan weaves that experience together with his expectation of a forthcoming apocalypse, but manages to make the entire story compelling through his uniquely engaging stage voice. Additionally, he ruminates humorously upon Ronnie Hawkins role as Bob Dylan in the poorly received film Renaldo & Clara; it really makes you wish he spoke a bit more often, eh?

There's not much else to say - early 1980 presented something of an expansion and refinement of Bob Dylan's 1979 shows. Audiences were treated to new songs, though no radical reinventions of his gospel tracks. A cover managed to work its way into the set, briefly, but was then dropped again. It seems that this particular style of performance had run its course; by Fall 1980, the singer would be incorporating secular covers and older compositions with his post-1978 catalog in concert.

I hope you enjoy this set! Until next time, keep yourself healthy and listen to some good tunes.