DIY Playlist: The Best of the 1970 Anniversary Collection 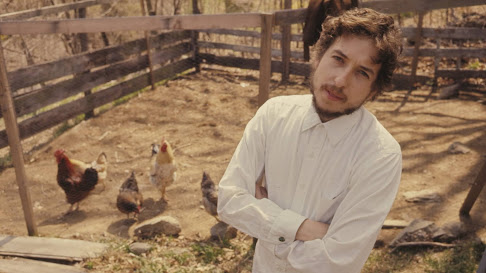 In 2020, Columbia Records released their standard 50th Anniversary Collection covering all unreleased 1970 recordings by Bob Dylan. Unlike previous sets, this one had a plethora of bizarre one-offs from the sessions that produced Self-Portrait and New Morning. Passed over for 2013's Another Self-Portrait, it would be easy to assume that most of these recordings were either incomplete or disappointing. That is true for many of the session's most tantalizing songs - "Universal Soldier" and "Little Moses" are attempted only briefly - but other songs offer a fascinating window into the evolution of Dylan's own compositions and expansion of his cover repertoire.

The 15 songs I've selected from the release's 74 total represent a combination of these originals and renditions of others' songs. Several come from the brief session that featured Dylan and Harrison jamming together on 9 tracks, a session that I tend to enjoy more than most of my fellow fans. I strove to produce a listenable quasi-album in the spirit of The Bootleg Series, though I'll acknowledge that few of the tracks would have been essential enough to merit inclusion on Another Self-Portrait.

There are exceptions to that general wisdom: "Jamaica Farewell" is pleasant and seemingly complete, an editor could have chopped this twice-through performance of "Long Dark Veil" into a more commercial product, "Tomorrow is a Long Time" is an unsympathetic but groovy arrangement (I've selected an alternate take to the one which has circulated among collectors for years), and "Lily of the West" reflects the intensity of the song's lyrics better than the heavily overdubbed version on 1973's Dylan. A very Nashville-style "I Forgot to Remember to Forget Her" might be the highlight of the set for me.

Less essential but still engaging are a version of "If Not For You" in which Dylan is heard teaching his band the guitar melody, a solo piano performance of "Sign on the Window," and a previously-unheard arrangement of "Went to the See the Gypsy" featuring a country twang. I opted not to include New Morning songs that include minor lyrical variations because they tended to be flawed in some other key way. The alternate take of "Winterlude" is very nice but breaks down in its final verse. An early version of "Sign on the Window" with the lyrics "Brighton girls are all the same" is likewise interesting but sounds musically unfinished. You can browse the set for these tracks at your leisure.

With all of that said, here is a playlist of what I consider to be the standout recordings from Bob Dylan's 1970 Anniversary Collection:

Happy New Year, everybody! May it bring you joy, peace, and prosperity.