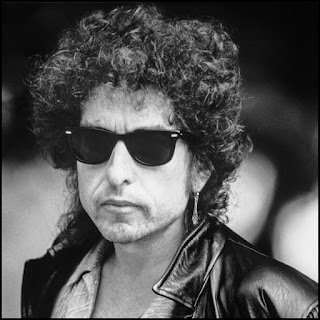 As a follow up to my Infidels Revisited DIY Playlist, posted earlier this month, I dipped into The Bootleg Series Volume 16: Springtime in New York to produce a more enjoyable version of Bob Dylan's Empire Burlesque record. Interestingly, I think the outtakes made available for this album offer an even more compelling vision than might have been available for Infidels.

You'll note that two songs from the officially-released album are missing here: "Never Gonna Be The Same Again" and "Clean-Cut Kid." I'm not a fan of the former and the latter really only shines in a live setting; if you're inclined to include a version of "Clean-Cut Kid," I suggest the version featured on Springtime in New York and I'd slot it between "Emotionally Yours" and "Tight Connection To My Heart," pushing everything else back and increasing the tracklisting to ten songs. The biggest issue is one of tone, since everything else on the record is related to either romantic matters, spiritual matters, or both; "Clean-Cut Kid" is more of a piece with the Infidels album, though the studio outtake associated with Empire Burlesque is better than the one that would've appeared on Infidels.

With regard to what is here, I really like kicking off this album with the fast outtake of "When The Night Comes Falling From The Sky," one of two semi-apocalyptic tracts here (along with "Something's Burning Baby"). These strike an interesting tonal balance between the genuinely eschatological songs of Dylan's Gospel Era and the earthly romance that had pervaded his work from since the mid-1960s. We'd see much of this moving forward in 1989's Oh Mercy and 1997's Time Out of Mind, but you can see the origins of it here in songs that are as concerned with relationships as they are with the end times. As far as performances, I think the so-called Fast Version featured on Springtime in New York is heads above the Bootleg Series Volume 1-3 and Empire Burlesque renditions. Roy Bittan's piano solo is especially engaging.

"Emotionally Yours" is, like "When The Night Comes Falling From The Sky (Fast Version)," one of the highlights of Springtime in New York for me. It's absolutely wild that this take didn't make the final album, as it represents one of the singer's best vocal tracks from 1985 to 1989. The perhaps-maudlin lyrics avoid falling into the trap of sentimentality through a stunningly sympathetic performance.

"Tight Connection To My Heart" and "I'll Remember You" are the last of the strictly romantic songs, both offering a relatively positive impression of love even if they - per Bob Dylan's tendencies - reflect wistfully on what might have been rather than what is. The mix of "Tight Connection" on Springtime in New York is comparatively vibrant, freed as it is from 1980s artifice, even if its lyrics fall short of those in the original draft. "I'll Remember You" is one of Empire Burlesque's strongest tracks and remains so in light of its now-circulating outtake.

The Springtime in New York outtake of "Seeing The Real You At Last," on the other hand, is extraordinary. Where the snarling vocals and rough blues of the recording were smothered underneath synthesizers and reverb on Empire Burlesque, it hews much closer here to the live performances that would pop up throughout the Never-Ending Tour. Plus it's got an extra verse! Shame about the vocal distortion on this version, but I don't think it's intrusive enough to prevent the song from being more listenable than its more heavily-produced predecessor.

"Something's Burning Baby" and "Trust Yourself" are pulled directly from the original album. This is partially due to the absence of any outtakes on Springtime in New York - studio logs suggest that both were only recorded once during the sessions - and also due to how effective they were on Empire Burlesque. An alternate mix of the former circulates in bootleg circles with a different final verse, but the heightened Empire Burlesque production actually favors this one. "Trust Yourself" would be presented as a grungier, harder-rocking track at Farm Aid 1986 but I think the moody take present on the studio album is a decent rendering.

"New Danville Girl" is a meandering epic that was bewilderingly omitted from Empire Burlesque back in 1985 and I'm so happy to drop it in as the climactic song here. I don't have any especially unique observations on this - read more well-informed writers like Paul Williams for insight into the lyrics - but "New Danville Girl" pulls together so many of the album's themes into a single, committed track.

"Dark Eyes" serves as a quiet coda, reminding us of more spiritual concerns even as the passion of the preceding song fades into the distance. I went back and forth between the Empire Burlesque and Springtime in New York recordings, especially since the former has a tighter harmonica line, but ultimately chose the outtake because the vocal is a little looser. It's forever fascinating to me that a searching, uncertain Bob Dylan performance is often more engaging than a tighter, well-rehearsed one. Maybe that connects even better to the deeply unsettling atmosphere provoked by this song.

I hope you enjoy this alternate impression of Empire Burlesque. I never enjoyed the original album, but love listening to this playlist quite a bit! Let me know what you think in the comments below. 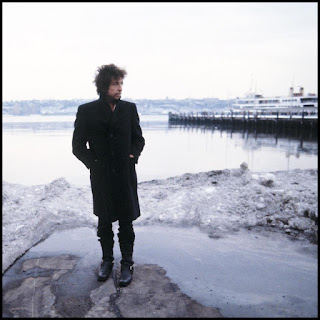 This seemed to be an ideal opportunity to produce my own DIY playlist presenting an idealized version of Bob Dylan's flawed mid-'80s releases. The first of these, Infidels Revisited, strips out a song or two from the original 1983 album but replaces them with a host of more engaging, less produced tracks.

I was excited to finally have the alternate versions of "Jokerman," "Don't Fall Apart on Me Tonight," and "Union Sundown" in particular, as each features a much stronger vocal delivery than the ones selected for Infidels. The latter is also noteworthy for a more scathing verse concerning the political dimensions of unfettered capitalism. I almost included the slow take of "Don't Fall Apart on Me Tonight" featured on Springtime in New York, but ended up preferring the up-tempo version as a nice wind-down from the intensity of "Blind Willie McTell."

I went back and forth on the inclusion of "Sweetheart Like You" here since it contains some of the singer's most notoriously sexist lyrics. The rest of the song is too good to lose, though, so it made it in. The same issue appears in "Foot of Pride," which opens on a disappointingly regressive couplet before going on to offer one of Dylan's best studio performances of the era. "Too Late," the song's earlier incarnation, is interesting but lacks the lyrical and vocal precision that would appear as the sessions progressed.

"Julius and Ethel" is briefer and more fun than "Neighborhood Bully," so it replaced it in my preferred Infidels tracklist. "Tell Me" is likewise absent since it feels a bit strained in both of the released outtakes. Sequencing actually proved to be a bit of a challenge here since some of the best songs are musically similar - see the introductions to "Lord Protect My Child" and "License to Kill" or the overall tone of "Someone's Got a Hold of My Heart" and "Don't Fall Apart on Me Tonight - but I think spacing them out allowed their unique charms to shine.

"Blind Willie McTell" serves as the natural climax of the set. This isn't surprising, since it's among Bob Dylan's best compositions, but choosing a version was pretty difficult. The solo piano version is plainly superior, in my estimation, but the band version works better amid the rest of the Infidels material. It was also tricky to determine where it fell in the sequencing, but I found that offering it as a spookier counterpoint to "Man of Peace" and then resolving the tension with "Don't Fall Apart on Me Tonight" made for a lovely three-song cycle.

I hope you enjoy this playlist! You can purchase the songs individually online or compile them using the Infidels, The Bootleg Series Volume 1-3, and Springtime in New York. I recommend buying the full collections since you might prefer different takes and can easily substitute them in for my choices. Be sure to let me know what you think in the comments below. Next week we'll be covering a revised version of Empire Burlesque.

Until then, keep yourself healthy and listen to some good tunes.

Cheers,
CS
P.S. If you haven't heard it, please buy Daniel Romano's Outfit Do (What Could Have Been) Infidels By Bob Dylan & the Plugz. It's an extraordinary interpretation of the official Infidels tracklist in the style of Dylan's appearance on Letterman with The Plugz by a talented indie artist. For my money, it's better than the actual album!
Posted by CWS at 5:00 PM 5 comments: