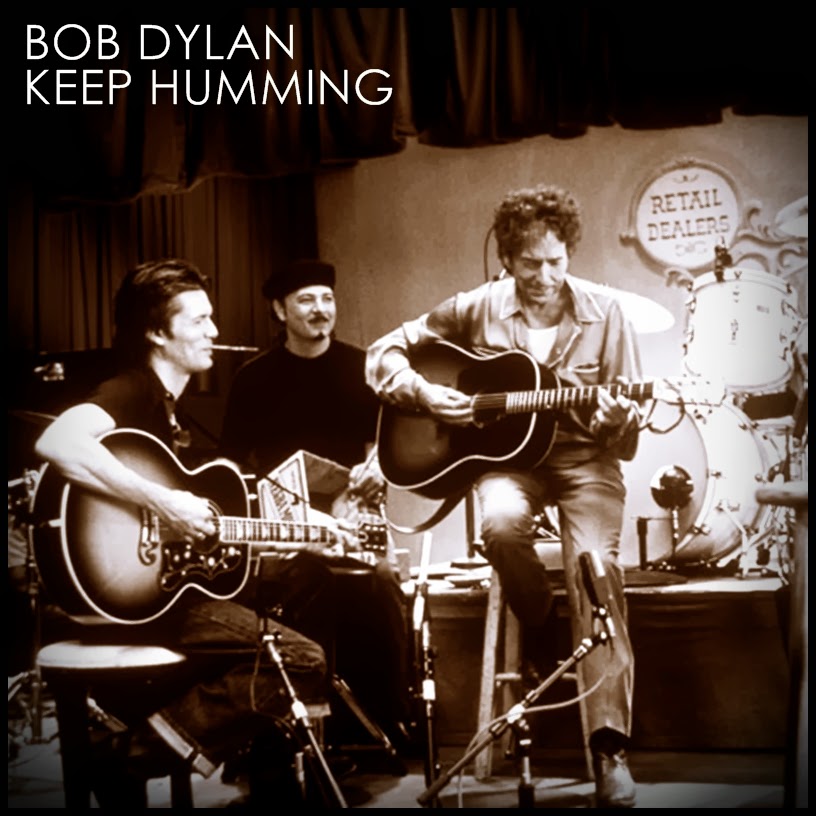 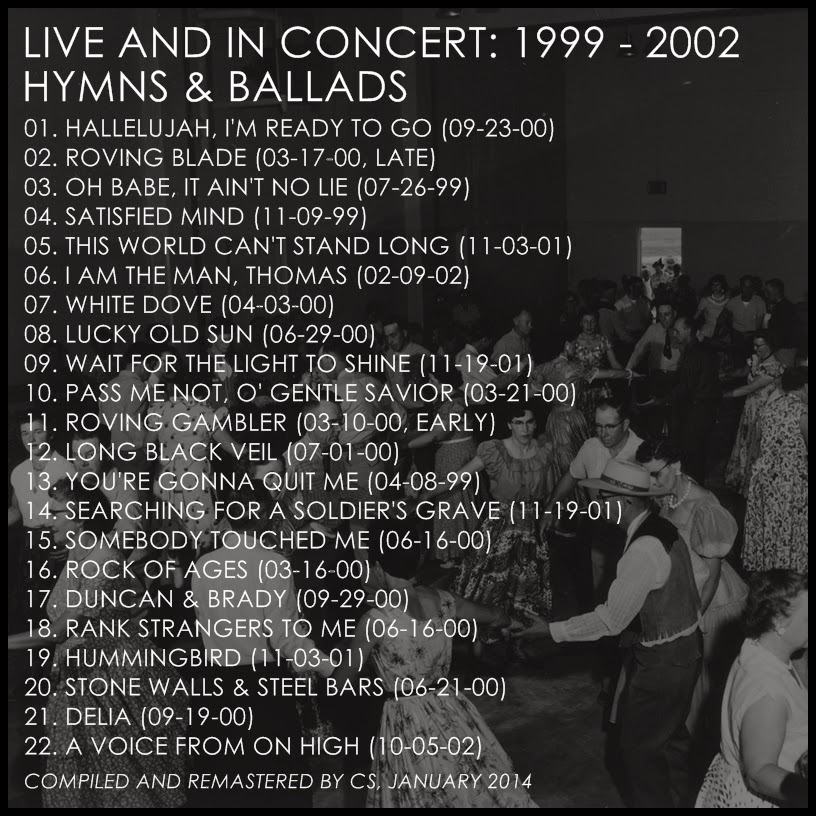 
Welcome to the show, folks. This is true good old-fashioned music here. Twenty-two tracks of pure bluegrass, gospel, blues and ballads. Many of the songs here date from the early twentieth century, though a few are earlier. As far as I can tell, even the comparatively recent songs sound like they could date from the Civil War era.

Of particular note is this beautiful performance of "Roving Blade," so different in presentation from its 1992 guise. The hymns are especially moving, including "This World Can't Stand Long," "Pass Me Not, O' Gentle Savior," "Rock Of Ages," and "A Voice From On High." Don't think this is a low-key set, though! The band can move, too, and despite their high-minded lyrics "Hallelujah, I'm Ready To Go," "I Am The Man, Thomas," and "Somebody Touched Me" will get your foot to tapping. The secular songs here are of remarkable quality too, including heartfelt performances of the standard "Lucky Old Sun," Blind Willie McTell's "Delia," the postwar ballad "Searching For A Soldier's Grave," and a deeply moving "White Dove." Not all of the songs are equally brilliant, but even the less perfect numbers are classics.

I would like to draw the listener's attention to two tracks, though, to lead you on to another recording. "This World Can't Stand Long" and "Hummingbird" are drawn from a Nashville concert in 2001, and that evening stands as one of the towering records of the Never-Ending Tour. The sound, for one reason or another, is very resonant, providing an almost impressionist interpretation of the show. It almost couldn't have sounded better in person! Seek this show out and you will not be disappointed.

Much as the Golden Vanity record stands as the essential collection of covers from 1988 to 1992, I hope this CD will serve much the same purpose for 1999 to 2002. The only tracks missing are some of the electric covers from 1999 and 2000 that were outside the scope of this acoustic album, including "Folsom Prison Blues," "It's Too Late," "Big River," "Not Fade Away," "Hootchie Cootchie Man," "House of the Rising Sun," and "My Blue-Eyed Jane." A handful of acoustic tracks from 1999 - 2002 are missing as well: "Blue-Bonnet Girl" and "Dark As A Dungeon" are the most prominent, and these are included as bonus tracks, since they just don't match the quality of the tracks presented. I'm sure you won't have any trouble seeking those other songs out if you desire them.

Unfortunately, there really have been no official releases related to this material, besides some obscure used records you can find on Amazon (in particular, the rare Live 1961-2000). If you'd like to hear what Dylan could do with this style in a studio session, check out his duet with Ralph Stanley on The Bootleg Series, Volume 8: Tell Tale Signs and his renditions of "Dixie" and "Diamond Joe" on the Masked & Anonymous Soundtrack.

Hopefully you will enjoy this record as much as I do! Put it on for a drive in the country, and you'll have a fine time. Next week we will be exploring the best cuts from Bob Dylan's 2002 Fall Tour, which you may know for the appearance of the keyboard on-stage, or for the great performances of several classic Warren Zevon songs. Either way, it's considered one of his best twenty-first century tours for a good reason! Until then, keep yourself healthy and listen to some good tunes.

Note: The download has been switched to a sinle-link on Mediafire. Let's see if this Mediafire subscription is worthwhile!
Posted by CWS at 6:09 PM